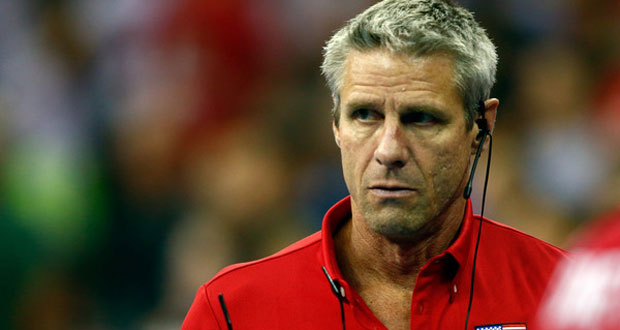 Meet the 25 members of the first So Cal HOF class, including legends like Karch Kiraly, Misty May-Treanor and Paula Weishoff. Karch Kiraly is one of 25 members selected for the first So Cal Hall of Fame class to be inducted later this year. (Jamie Squire/Getty Images North America)

Of all 25 members, outside hitters Karch Kiraly and Bob Ctvrtlik, opposite hitter Steve Timmons, middle blockers Craig Buck and Doug Partie, setters Jeff Stork and Ricci Luyties and head coach Marv Dunphy were part of the 1988 Seoul Olympics Gold Medal group and will enter the SCIVBHOF together.

Long Beach State is represented by four-time USA Olympian and 1989 NCAA champion and MVP Tara Cross-Battle, 1998 NCAA champion and MVP and Olympic Gold Medalist Misty May-Treanor and Green, who was an assistant coach for 23 years for the 49ers including NCAA titles in 1989, 1993 and 1998.

“The committee has done a tremendous job in narrowing the over 100 deserving Southern California nominees to an opening class of 25 indoor players and coaches,” said Mike Gallups, the President of American Sports Centers, where the Hall of Fame will be housed later this year. “We are excited that the 25 selections cover the major eras of volleyball and look forward to honoring additional outstanding athletes and coaches with ties to Southern California in years to come.”

Among the 25 inductees there are over 100 combined Olympic medals, NCAA, AIAW & USVBA Titles and numerous United States Volleyball Association (USAV) honors from the 1950s into the 2000s.

Elissa Sato, who had a long career as a VB scorekeeper and is the mother of the Sato volleyball family, was selected for the first SCIVB Lifetime Service Award.

The Hall of Fame will be housed at the American Sports Centers (ASC) in Anaheim where the USA Men’s and Women’s National Teams train. The induction ceremony is Sunday night, May 7 and a permanent exhibit will be housed at ASC.