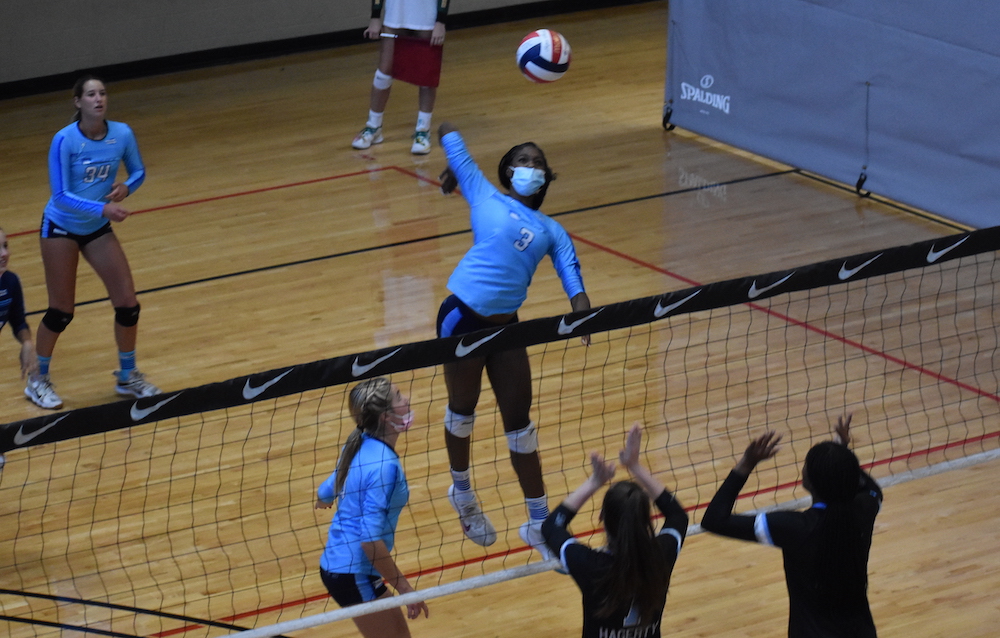 Player rankings are coming! Look for the PrepVolleyball.com National HS Junior of the Year, Lindsay Krause, to be ranked among the 150 greatest in her class!

Beginning after Thanksgiving, Player Rankings are returning to PrepVolleyball.com! Each successive Monday beginning in December, we’ll release the Top 150 players in each class beginning with the Class of 2022 and following with the 2023, 2024, and 2025 classes.

For those of you that are new or recently returned, unlike the Senior Aces and the other lists we run that are based on projections and a player’s potential, the Top 150 Player Rankings are based on an athlete’s talent now. Because players are constantly developing, we will update the Player Rankings three times each year – in the Fall, which is post-club/pre-high school season; in the Winter, post-high school/pre-club season; and in the Spring, mid-club season. For seniors, we’ll close out their ranking in the Spring and begin ranking incoming freshmen in the Fall.

The rankings criteria are based on skill compared to other members of the graduating class, personal achievement and accolades, and impact on her team. Height and college commitment don’t necessarily indicate a player’s ranking… and a player’s ranking by us doesn’t mean she will or will not be recruited by her dream school.

It’s also important to note that this is not a list based on submissions by coaches, though we’ll certainly consider information supplied to us that we might not have known.

If you haven’t noticed, we’ve had a staff transition, and now that our new staff is settled in, we have been able to gather more information for these rankings. At PrepVolleyball, we begin writing about 15s, or high school freshmen, So, for this first Fall ranking only, the list of 2024 and 2025 athletes is shorter than the older age groups.

We mentioned Senior Aces, so what about those? Historically, the Senior Aces list was done in late summer/early fall leading up to an athlete’s senior season, and with the staff being shorthanded, we didn’t have the opportunity to release them this Spring. However, This year for the Class of 2022, Senior Aces WILL be announced in the Spring. The reason, as explained last season, is twofold – one, we don’t want to confuse the Senior Ace ranking with the Player Ranking; and two, if it’s based on impact on her college program, we think it’s best to let her use her senior season to prove what she can do against the 18s field, the most physical age group and more representative of players she will face at the collegiate level.