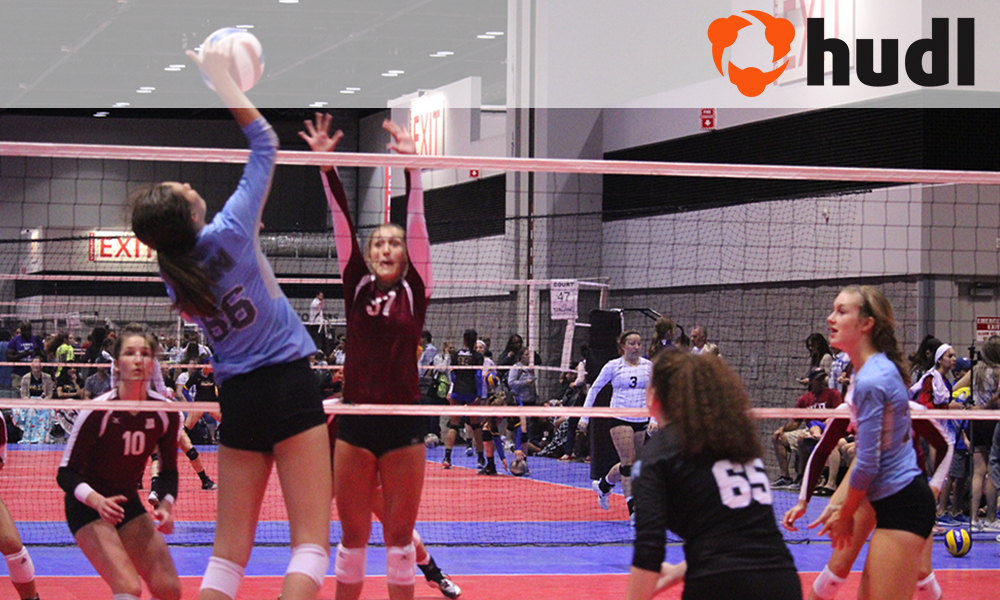 Hudl and Hudl Assist are two products that take recruiting, scouting, and player development to the next level.

Presently in the volleyball world, the recruitment process has become a part-time job for athletes, parents, coaches, and club staff. It takes time and resources to record and break down video to make highlight reels, tally statistics, and then devise a plan to send this information to college coaches in an organized package. At the same time, high school and club volleyball programs are becoming more sophisticated in searching for an advantage in training and against competitors.

Hudl, a sports video analysis and software company, is revolutionizing the way coaches and athletes prepare for and stay ahead of the competition and addresses the needs of the growing sport. What began as a football product, Hudl has now developed video analysis tools for ten unique sports, including volleyball. Its top priority is to give athletes feedback and tools to help them improve as a player every day.

Glenn Hada, a Hudl user and director of Hana Hou Volleyball Club in Hawaii, said, “Our club cannot function without Hudl. In volleyball, we have a ball, a net, and a court. Hudl is the other component of volleyball that we need. We use Hudl to do our highlights and for coaches to use it as a tool to improve player development.”

Hudl has been giving athletes a platform to shoot and display video for various uses. Once a club or team has purchased the program, there is no limit to who may have access to the the account. Not only does this mean that multiple users can view the video simultaneously on a computer, phone, or tablet, but it also means that only one parent now has to record the match and upload it to Hudl. Gone are the days that there are ten video cameras set up behind the same court to get the same film.

Once the film is uploaded, users can go into the interface to take statistics, view technique for player development, scout opponents, and make notes within the program. Players can also use Hudl to choose their best clips to showcase individual highlight reels for recruiting, social sharing, and to feature at end of the year functions.

Within Hudl, a player can add music to and edit the video, and use highlighting features such as circling which player a scout should be watching. Within the team subscription, the club or high school program has a website and individuals also have their own page to send off to collegiate coaches in an easy-to-view package. Hada calls Hudl’s user websites “a concise, professional representation of our players.”

For Hada, being in the middle of the Pacific presents challenges to his athletes who want to play in college. Luckily, though, the current landscape of college recruiting almost requires athletes to send video before a coach watches a player live, due to strained time and financial resources.

Hada said, “We’re not like California and Texas, for example. We don’t have college coaches who can come into our gym to watch us. We only travel twice to the mainland, so Hudl is instrumental in our development. All of our players are recruited, 100-percent because of Hudl.”

Additionally, club directors such as Hada at Hana Hou see the benefit of Hudl because he doesn’t have the ability to staff full-time recruiting personnel. Because many athletes come to Hada’s club to compete as well as be seen and recruited, a service such as Hudl is a simple and effective resource to allow players to find a good fit in college, and for Hana Hou to retain club players year after year.

Hudl has taken its services to another level with Hudl Assist, an add-on to the Hudl subscription. Assist removes the time it takes to upload video from a device, break down statistics, and search for specific film bites. That “part-time job” that coaches once had to analyze film, on top of perhaps his or her day job and coaching, has a solution with Assist.

Within Assist, you can send your match or opponent’s video to Hudl with a click of a button. Then, Hudl breaks it down statistically (based on the NCAA volleyball required statistics) for both sides of the net. Within 12-24 hours, it’s ready to view. The statistics then can be filtered by player, rotation, team, set, and match. Coaches and players can see trend charts, the box score, overall statistics, and set goals within the Hudl Assist program.

Mader said, “To us, it makes using film way more efficient. We use Hudl Assist and we’re able to go through scenarios, skills, and rotations, and it makes it more efficient to say, ‘Here’s the area we struggled in and why,’ instead of flipping through film for a long time.”

Mader and other coaches at VCN use Assist to tag players when they see a valuable teaching moment on film. When this happens, the player will get a message directly to their phone. Mader also uses it to bring lessons to life and to assign homework to his players off the court.

He said, “I’ll give them homework such as, ‘Look at five of your hitting errors and tell me what you need to change.’ And, it’s all outside of the gym on their time. They can do on their phone or at home… that’s where they are usually anyway, on their phone.”

With the breakdown of statistics, an attacker, for example, can now filter a match to view their own plays including kills and hitting errors, while setters can see which plays are successful in each rotation, and liberos can watch opponent hitting tendencies. Mader notes that it’s been proven that kids succeed more when they take the initiative and teach themselves, rather than being told what to do.

The benefit for scouting may be geared more for high school and college programs who face teams multiple times each year, but Mader sees the benefit for club, too.

He said, “We use Hudl Assist against some local teams we play often. In general, I use it to look for themes, like if we play a team that’s really fast, or more physical than us. Maybe we’ve played a team already that reminds me of them and I can remember what worked against them. At the end of the season, it’s useful because we’ll see teams again.”

In the five years Hana Hou has been using Hudl, Hada says it has progressively gotten better and the support is “unmatched” with staff following up with him constantly, performing webinars, and sending season reports.

Hada said, “They set you up with everything. They just don’t supply you the finger to press the ‘Play’ button.”

Not only is the product useful for development and recruitment as a juniors player, but it translates to a skill all players will have to learn at the collegiate level because at most programs, scouting occurs before each match. Since Hudl’s recent acquisition of VolleyMetrics, it has expanded its video and statistical programs from just the high school and club levels, to now being used at the collegiate level as well. Think of Hudl as getting a head-start.

“Hopefully in the future, it’s all seamless for the athletes,” said Mader. “When they learn how to watch film when they’re young, they don’t have to relearn anything. So, in college, the learning curve is faster.”

The cost of Hudl and Hudl Assist has not been a barrier to Mader or Hada because of the payoff. While both clubs subscribe as a program, users can also use Hudl per match in a pay-as-you-go format.

Hada said, “If I spend a certain amount for about 30 matches and all players get recruited, what is the return on investment? Really, really high.”

Request a free walkthrough of Hudl tools to see how they could improve your program.