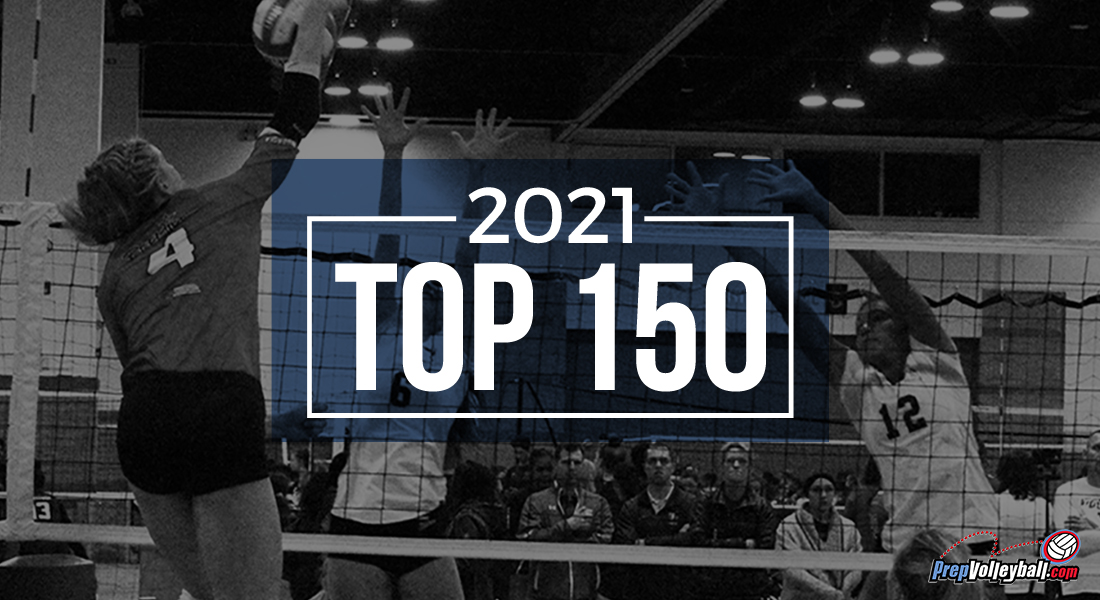 Welcome to the first release of PrepVolleyball.com’s Top 150, the country’s best volleyball players listed from No. 1 to 150! Each successive Monday, we’ll release the Top 150 players in each class beginning with the Class of 2021 and following with the 2022, 2023, and 2024 classes.

Finally, historically, the Senior Aces list was done in late summer/early fall leading up to an athlete’s senior season. Beginning this year for the class of 2021, Senior Aces will be moved to the Spring. The reason for this is twofold – to keep the Top 150 and Senior Ace rankings separate, and to give players another year to establish themselves against the 18s field. Those athletes that graduated a semester early will still be in consideration to be a Senior Ace.

Without further ado, you may view all 150 athletes, here.