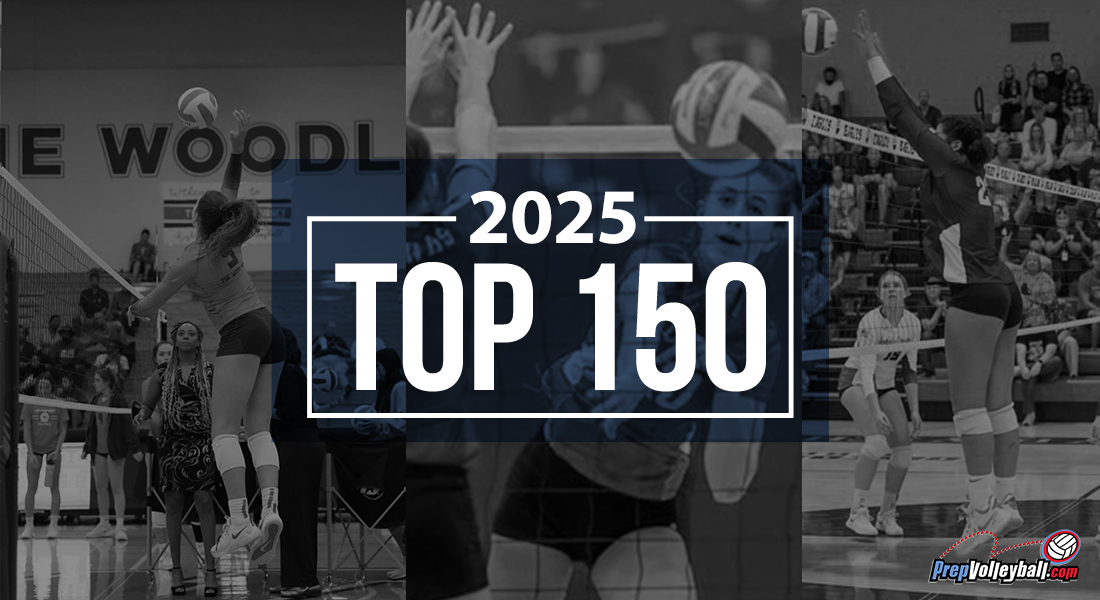 Welcome to the newest edition of PrepVolleyball.com’s Top 150, the country’s best volleyball players!  This time, we’re beginning with 2025, the rising freshmen!

Since this is the first release of the Top 150, we should clarify some things, namely what the Top 150 is about and how it is compiled. You can view last year’s three-part series, “Inside the Top 150,” to read more about it.

The players on this list did not have to be nominated by a coach, though we accepted suggestions from coaches and directors only. At PrepVolleyball, we’ve historically begun watching and writing about athletes as they become freshmen, or when they are in their 15s year playing club. That being said, the 2025 Top 150 will begin as more of a “Watch List” and mold into a true player rankings list over time, beginning with 100 players, and next, expanding to 150 with numerical rankings.

The rankings criteria are based on skill compared to other members of the graduating class, personal achievement and accolades, and impact on her team. We looked at the past winners on a national level, too.

Think of this list as a start. We haven’t seen many of these athletes in person yet; players will surely rise up and new players will emerge on the list! That being said, we believe this is a great start and represents many of the country’s top players in the 2025 class.

Please e-mail rankings@prepvolleyball.com with edits you may have.