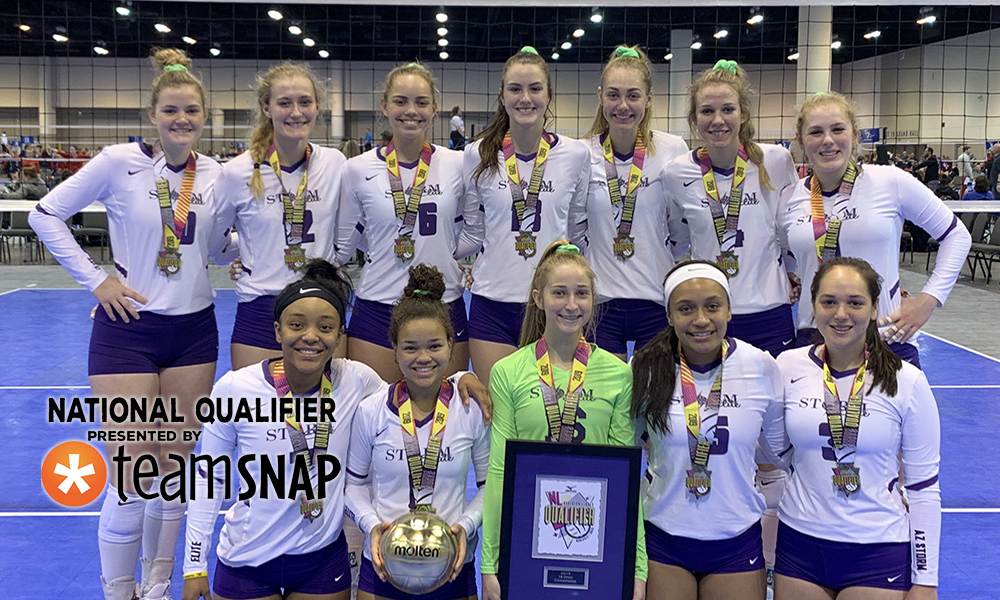 AZ Storm thaws out in Omaha to win the first qualifier of the season in 18 Open.

PrepVolleyball.com’s 2019 National Qualifier coverage is sponsored by TeamSnap. Visit TeamSnap to discover how much time your organization will save each week.

The first bids of the qualifying season have been granted in Omaha at the Northern Lights 18s Qualifier, also known as the January Thaw. By Sunday, six bids were awarded in total: three in 18 Open, two in 18 USA, and one in 18 American.

In our 18 Open preview we suggested that Mizuno Northern Lights 18-1 would take home the Gold as it did as 17s at NLQ. We also believed that on the final day, one of the four teams left in the Gold bracket would go home with nothing but maybe some lessons learned.

Neither proved to be the case as Lights did finish in the top four, but it didn’t finish first or accept the bid. Instead, after losing its first match of the tournament, AZ Storm Elite 18 Thunder took home the opening qualifier victory and third-place Iowa PowerPlex earned a bid outright, regardless of what Lights decided to do with its opportunity. MN Select 18-1, who finished fourth, earned the final bid.