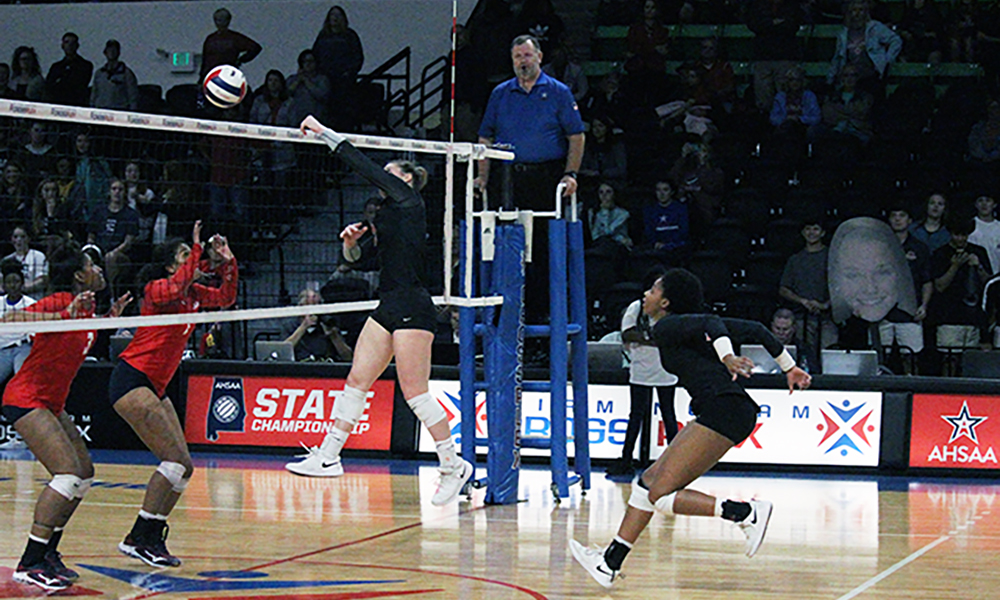 Lillie Fromdahl tops our list in Alabama! We chose the woman behind the curtain over a point-scorer for leadership, consistency, athleticism, and (way!) more.

About half-way into the high school season, we announced who we thought would be the leading candidate for the best player in each of the 50 states, plus this District of Columbia.

Since publishing that list, we have received several claims to who might actually be the best player. In other states, we didn’t hear anything. That could mean we got it right, it was too early to tell, or maybe we just missed the mark.

In any case, this is the time that we begin feeling anxiety about our lists and rankings. Having to choose just one in any of our lists is agonizing. In my first year on the high school beat here at PrepVolleyball.com, I don’t believe we have done a state-by-state Player of the Year in the post-season in the past, but I figured I should reel in the line I threw mid-season.

In putting this particular list together, I’ve had to make some decisions about how I would decide between putting a player in the top-five, making her number-one, and leaving her as number-six but no one would know she is among the best, too…

Of course, each Area, Conference, District, and State will have their own Player of the Year and lists to support them. I've seen many of the lists that have been released, but these aren't a replication of those. Gatorade Player of the Year awards haven't yet been announced, either.

It should be noted that I do not particularly enjoy ranking players… so I didn’t exactly. Below, you’ll see that I chose one outstanding athlete to be named Player of the Year in our book and (mostly) five players who were strong contenders, in no particular order. With this distinction, we of course welcomed feedback from our first release mid-season, and then took into account how that player effected the game through to the final whistle. Her high school success - both individual and team - matters a lot!

With that being said, the players I have selected are not necessarily State Champions, or may not even the best volleyball player in the state when you take into account the volleyball they play in the spring and summer. They are chosen based on input throughout the season from coaches and media, personal observation, our National rankings, and available online content, regardless of graduation year.

In the end, I wanted to know who had the biggest impact from what we have reported on all year. When I was stuck between two players on one team (ahem, Alabama, Indiana…), or two State Champions in different classes (Arizona, Louisiana…), I asked high school coaches and myself this:

If I had to play without one player, who would make the biggest impact? Who would I miss the most? If I couldn’t live without one or the other, that was my answer.

Below, I present to you Part I of the state-by-state post-season Player of the Year for the first 25 states in alphabetical order, Alabama through Missouri.

See the rest of the states in Part II, here.